Find Out How He Can Help You Build Your Business

One of The Most Amazing Success Stories You'll Ever Hear...

From Door To Door Vacuum Salesman To Running a Multi-Million Dollar Internet Empire, Becoming a Billboard Recording Artist, To Becoming The USA Taekwondo National Champion at 51 Years Old... Armand Morin Has Seen and Done It All, And He Still Continues To Break Business and Social Barriers

You would never guess from knowing him today that his humble beginnings began in a small rural town in upstate New York. Growing up in a working-class family with a father who worked at an aluminum plant and a Filipino mother working in a nursing home gave him the work ethic and desire to do something bigger than he or his family had ever seen.

He knew he wanted something more out of life at a very young age. Not that he had a bad childhood or was ashamed of his upbringing. He just had dreams, just like you do. He didn't know how he would get there, but he knew that if he wanted it bad enough and put in the necessary work, nothing was out of his grasp.

While during summer break after his first year in college, Armand answered a classified ad that sounded quite good and turned into a door-to-door vacuum cleaner sales position. Not being extremely excited about this, he gave it a try anyway.

What started as a fluke became one of his life's most educational and exciting times. He never went back to college because he was making too much money to justify returning. For the next five years, knocking on doors was his daily occupation.

In 1996, he started with $1.83 in his pocket and no experience. He has grown it into a multi-million dollar international business, which has done business in over 100 countries worldwide.

Over the past 20 years, he has built his Internet Marketing empire to the point that he is one of the world's most well-known Internet Marketers today, teaching everyone from newbies to experts.

Many would say yes if you asked ten people if they ever wanted to be a famous musician. At one of his many seminars, Armand was approached with the exciting proposition of starting a record label.

As with any label, you need an artist. Although not formally trained in music, Armand always had a talent for it. After some discussion, he became his label's first act. How did it go?

He hit #36 on the Billboard Country Chart. #7 on the Billboard Online Sales Chart and beat out top musicians like Bruce Springsteen, Rascal Flats, Toby Keith, and Tim McGraw, all by applying his marketing knowledge to the music industry.

Armand Morin holds black belts in two styles of martial arts. In the Zen Do Kai system, he is also a Master in TaeKwonDo, recognized by the official Kukkiwon organization in Korea.

At 51, he became the USA National Champion(USAT) for his age and weight class, a lifelong dream of any martial artist. Coincidentally, he also became the ATA National Champion in the same year. As he says, it's not due to natural ability or talent; it's due to putting in the required work.

He still travels the US and abroad, actively competing and honing his skills, and is currently ranked in the top 10 in multiple divisions throughout the TaeKwonDo world.

We've Helped Thousands of People Become Successful In Their Own Business

Don't Take Our Word For It, Watch Just a Few Testimonials From People Just Like You From All Over The World. Click The Videos Below Book Him To Speak

Finally After Over a Decade Of It's Inception I'm Finally Releasing It...

"Let Me Hand To You The Life Changing System That Allowed Me To Change My Thoughts, My Finances and My Life To Create a World I Never Dreamed Possible... Now You Too Can Experience This Incredible System" 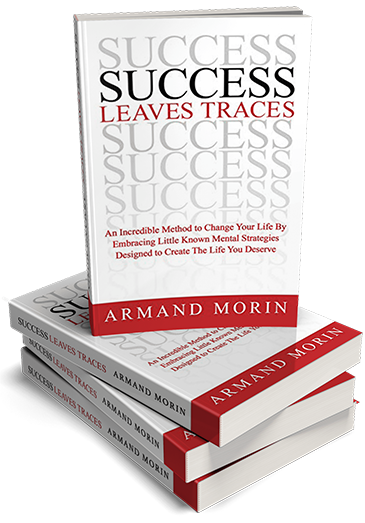 Success Leaves Traces is the system I created throughout my life, whether I knew it or not. It was a series of principles that I learned to allow me to achieve incredible feats which sound almost impossible. Now you can learn this unique system right now.

Whether it's business, finances, health, relationships, or productivity, Success Leaves Traces is a system you need to create your wants and desires into tangible results fast than you ever thought possible. Order your copy today.

This Is Not Some Pie In The Sky Theory, But Real World Changes

If You a Seminar Promoter, Event Planner, Virtual Seminar Host or Are Just Plain Out Looking For The Best Speaker For Your Audience Then We Need To Talk ASAP... Go A head Let's Talk Today

I've Spoken On Some of The Biggest Stages In The World...

Learn More About Me Speaking